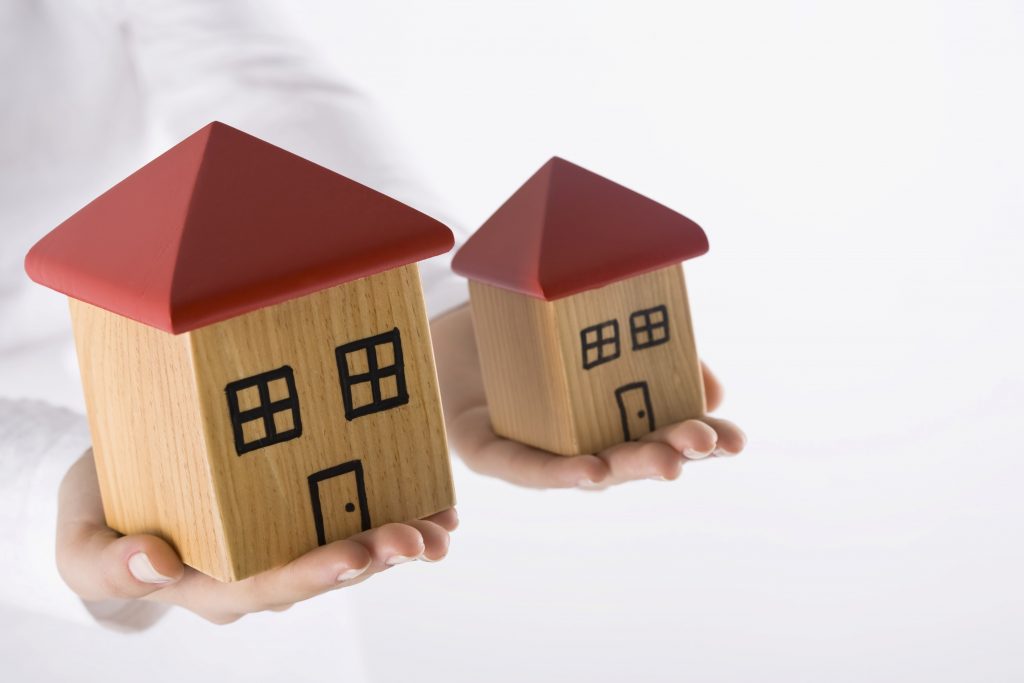 Downsizing your home: How to determine if a smaller house is the right move

Tim and Tracey Kerin knew it was time to downsize soon after their grandson Maximus was born.

“We started to re-evaluate what's important to us at this stage in life and decided that our health and family were more important than a larger home with a big backyard and pool,” says Tim, 58, who along with Tracey, 59, operate a commercial cleaning and construction business.

Last December, the Kerins packed up a two-story colonial replete with a beautifully landscaped garden in Damascus, Maryland, and moved to New Smyrna Beach, Florida, near their sons Justin, 35, and Jason, 33, and their families. And of course, they get to see Maximus, now 2. “We usually see Max a couple of times a week, and he spends one night every weekend, which we look forward to,” Tim says.

The Kerins are not alone in their quest for a simple life centered on happiness. According to a recent TD Ameritrade Survey, 42 percent of preretirees are likely to downsize if they haven't done so already. Some 25 percent of respondents are moving to a warmer climate, and 17 percent are relocating closer to loved ones.

Another critical consideration is cost. “Retiring with a lower mortgage payment, property tax bill, smaller place to clean and maintain can be attractive,” says Dennis LaVoy, CFP of Telos Financial in Plymouth, Michigan.

Before downsizing, homeowners should run the numbers to make sure it makes financial sense.

“Look at costs associated with selling the primary home, such as preparing the house for sale, agent's commission, moving and buying a smaller home to get an idea of the fixed costs to relocate,” says Aaron Galileo, senior loan officer at Investors Home Mortgage in Howell, New Jersey.

Once a person decides to downsize, he or she must keep lifestyle in mind. “You need to save as much as you can for retirement to keep your lifestyle intact,” says Jeff White, a financial analyst at FitSmallBusiness.com. “If you can lower your monthly mortgage payment from $2,500 for the big home to $1,200 per month for a nice condo that fits you and your spouse, why not leap and invest the extra $1,300 into your retirement plan?”

Consider the space you need

The amount of space you have may also influence your decision to scale down. “If the kids have moved out and you're an empty-nester, do you need all of that space?” asks Brian Graves, co-founder of Everything But the House, an online estate sale marketplace. He says factor in how much space you need based on your family dynamic and the frequency of out-of-town guests.

For some homeowners, maintaining a property, especially an older one, is no longer attractive. That was the case for Sean Dougherty, age 51, and his wife, Juliana V. Atinaja-Dougherty, 56. In February, they moved into a two-bedroom, two-bath apartment in Manhattan after living for more than 20 years in the 2,000-square-foot single-family ranch house in Clifton, New Jersey, where his wife grew up. “The house was run down in small, but noticeable ways, and we kind of lost the emotional energy to fix it up for sale, so we priced it to sell,” says Sean, a senior vice president at a public relations firm, and Juliana, an attorney. “Plus, we always wanted to move back to New York at some point, and having reached a point where we are more financially comfortable, it made sense.”

Part of their decision was doing the math and figuring out they could afford to do it, especially given that the move to New York would increase their cost-of-living expenses substantially thanks to the rent they now pay. The other part was wanting to enjoy the entertainment and cultural experiences of big-city living.

“In my case, I wanted to do more in New York like seeing friends, taking in a Broadway show or going to a book reading without worrying about the frustrating commute back to New Jersey,” Sean says. Even still, they are happy with the move. “I put a ceiling on what we could afford, and I could still keep my job as my wife plans to retire soon,” Sean says.

His best advice for those thinking about downsizing: “Don't wait too long. It's easy to live in the status quo of your life, but then you deny yourself other experiences.”