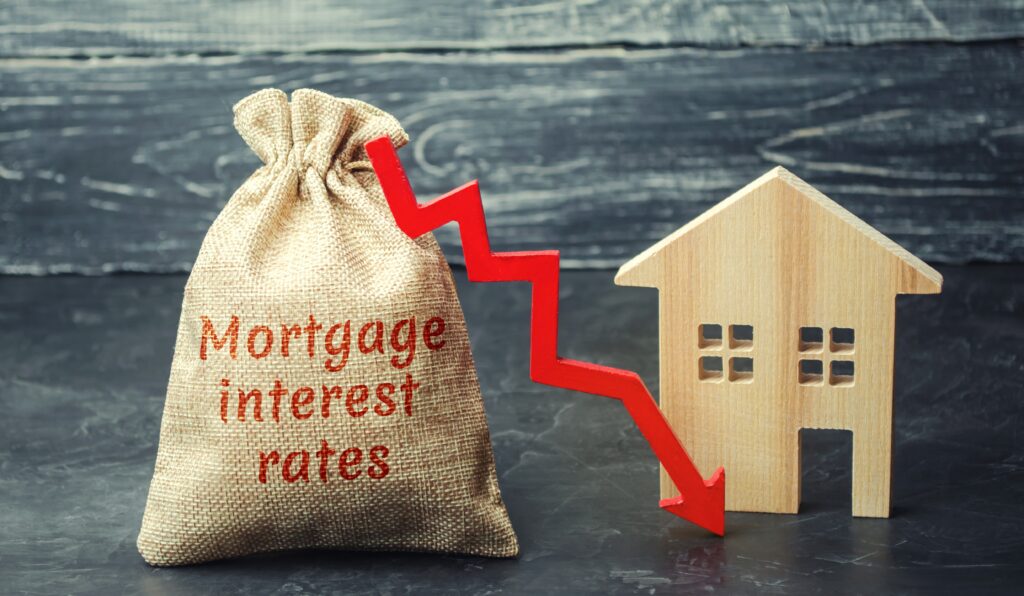 As investors and financial markets struggle to find their footing during the coronavirus pandemic, the effects are hitting consumers where they live – in mortgage rates. Not only are rates swinging wildly day to day, they are varying more dramatically lender to lender.

In just the past four weeks, the average rate on the 30-year fixed has lifted above 4%, plunged to 3.25% and then rocketed back up and back again multiple times. In normal times, interest rates don’t do that.

So what’s going on?

First, in its response to massive job losses and furloughs, Congress passed a relief package which includes a bailout for mortgage borrowers, using forbearance. Borrowers with government-backed mortgages can tell their lenders they have financial hardship and be allowed to delay monthly payments for up to a year. They still have to pay that back at a later time or through a mortgage modification plan. About 2 million forbearances have already been granted in barely a few weeks, according to the Mortgage Bankers Association. Here’s the problem:

“Mortgage investors are guaranteed timely repayment by mortgage servicers and housing agencies, but the volume of forbearances could mean there’s not enough cash for the normal guarantees,” said Matthew Graham, chief operating officer at Mortgage News Daily. “The result is drastically reduced demand among investors until they get a better sense of the fallout.  Lower demand = higher rates.”

Then there’s the Federal Reserve. The central bank not only lowered its rates to zero in response to the crisis, but also began buying mortgage-backed bonds. That artificially increased investor demand, but at different levels every day, adding to volatility in rates. It also caused a massive rush by consumers to refinance.

“It first started with supply and demand,” said Jay Tuli, president of Leader Bank, the second-largest bank lender in the state of Massachusetts. “When the Fed did their surprise drop, I don’t think any lender could handle the amount of volume coming in, so many lenders either had to increase rates to slow the volume or just stop taking applications. It was a drastic move.”

As the economy went into free fall, however, the risk for lenders only increased, and that risk is necessarily priced into the mortgage loans.

“One of the big things we’re trying to figure out, and I think this is why rates are all over the place is this,” said Tuli. “If before corona, out of every 10 applications we took, nine closed, so you can hedge your interest rates. Now, of every 10 applications, how many close? We don’t know. People are losing their jobs in real time or they don’t want to let the appraiser in their house.”

Lenders have no way of knowing how many of their loan applications will make it to closing because the whole process has been upended by social distancing. While some states allow virtual closings, others, like Massachusetts, do not. Consumers are also more skittish about letting appraisers in their homes.

Lenders are getting around this, getting some appraisals waived in some cases, and even doing final closing documents in driveways on the hoods of separate cars. But it’s not easy, especially if a borrower is getting a more pricey jumbo loan or doing a cash-out refinance.

And as rates vary so widely day to day and lender to lender, consumers are caught trying to play a game that has never been played before.

“I have basically said there is no way that anyone can give you accurate guidance right now,” said Brent Borcherding, a broker and co-owner of Associated Mortgage in Portland, Oregon. As an example, he ran a basic scenario of a 30-year fixed mortgage with a 20% down payment.

Borcherding attributes that to various factors: Lenders’ costs to hedge their loans against rate changes, as well as volume issues. Some lenders are just near capacity, so they’re not really driven to lower rates. Some lenders may not have staff willing to work full time because they’re at home taking care of children.

For consumers looking to buy a home or, more likely, to refinance, he recommends stepping out of their comfort zones. A lot of borrowers tend to refinance with their local bank, where they have other accounts, or with the same lender several times because they know them. This may not be the time for that.

“As a true mortgage broker, we are generally a price leader. There have been times over the last few months that hasn’t been the case,” he said. “I think everyone should be wise to search around.”

Borcherding is not a fan of searching online. He recommends consumers talk to friends who have had good experiences recently with certain lenders, and gotten more favorable rates, even if it’s a pain.

“For most everybody, all they have is time on their hands now,” he said. “It doesn’t really matter how quickly it goes or it doesn’t go.”