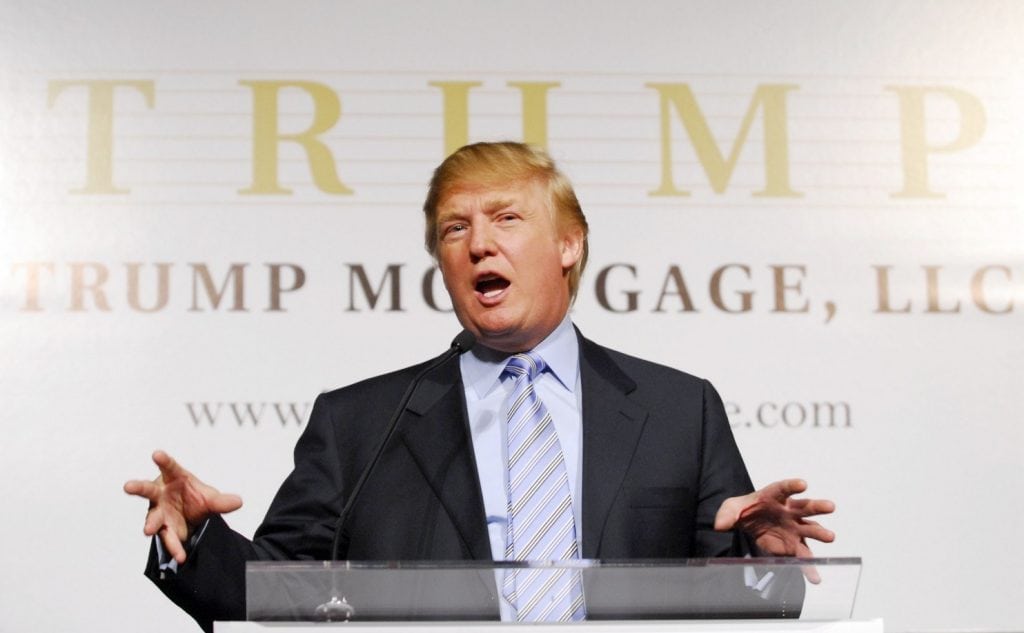 WHY TRUMP MORTGAGE FAILED AND WHY IT'S IMPORTANT TO YOU

There has been extensive talk about what kind of president Donald Trump would make. Too much talk, if you ask some people. Yes, the Republican frontrunner is a polarizing figure, and has been long before he looked to be a lock for the nomination.

Trump's entrepreneurial spirit and business acumen have made him one of the most well-known tycoons in the world. But not every pursuit has gone smoothly. We decided to take a look at Trump Mortgage, which famously closed after less than two years during the housing crash (and has been the fodder for much political discourse lately), to see what we can learn – and where we can apply cautionary tales to our own real estate-based pursuits.

So why did Trump Mortgage fail?

1. Because of a grave miscalculation, otherwise known as not listening to the experts

Entrepreneurs famously fail because they take chances others won't or can't. No fault there. But pursing a deal (or starting a business) in an environment that is increasingly lacking the support of experts can be folly.

“As some economists and Wall Street traders began to sense danger ahead of the crippling housing market collapse of 2008, Donald Trump waved away the worries and offered a concrete expression of confidence in the industry,” said the Washington Post. Trump famously hosted a “glitzy event” to kick off the company, which was set up on a floor of his Trump Organization headquarters on Wall Street. The company kicked off with the typical Trump fanfare; “Small children were dressed like Donald Trump. People sipped from bottles of water bearing Trump's likeness,” said DEALBREAKER. “Even the Donald seemed stunned. ‘If you had told me we would have had this many people for a friggin' mortgage company opening–give me a break,' he told the crowd.”

Two years earlier, he had told a CNBC interviewer, “I think it's a great time to start a mortgage company,” said the Post, adding that, “the real estate market is going to be very strong for a long time to come.”

But within 18 months of opening, the doors to Trump Mortgage were closed.

Beyond the questions this failed business naturally raises about a potential Trump presidency, it also presents an opportunity to look at how we do business. Pursuing deals that seem like nonstarters may pan out sometimes. And other times, they'll leave you with “some bills unpaid and a spotty sales record,” not to mention a public who won't soon forget about your foibles—especially when you go to run for president.

The reality is you don't get to be a leader on this stage without having a tremendous ego. But believing your own rhetoric isn't always the answer.

“Trump distanced himself from the firm's demise, saying at the time that he had not been involved in the company's management and that its executives had performed poorly,” said The Post. “As a presidential candidate a decade later, Trump says he would use the skills that made him successful in real estate to fix Washington. His decision to embrace the mortgage business illustrates the potential dangers of a business philosophy that has relied in part on a willingness to put aside the advice of experts and take risks.”

Would Trump Mortgage succeed today? Conditions are markedly better than they were in 2007–2008, a period that “ranks among the most horrific in U.S. financial market history…when the major financial markets lost more than 30% of their value,” said Investopedia. The mortgage crisis, caused to a large degree by out-of-control subprime mortgages creating massive risk, in conjunction with growing consumer risk, didn't happen all at once; problems were starting to percolate back in 1999, when “the subprime mortgage market expanded,” they said. “The higher home prices went, the more creative lenders got in an effort to keeping them going even higher, with a seemingly complete disregard for the potential consequences.”

Once Trump Mortgage launched, with its fearless leader proclaiming to CNBC, “I think it's a great time to start a mortgage company. … [And] who knows about financing better than I do?” the market was already well on its way to tanking.

3. Not surrounding yourself with the right people

We all know the dangers of working with people who aren't who they say they are or who don't do what they say they'll do. Being able to trust partners, employees, and vendors is paramount to success in real estate and related industries.

In the case of Trump Mortgage, this most basic of business rules was violated by a resume-inflating executive who Trump handpicked to run the company and who, it turns out, was far from qualified to do so.

“The would-be lending powerhouse was done in by timing (the housing market cratered in 2007) and ironically enough, given Trump's Apprentice TV show, poor hiring,” said TIME. “The executive Trump selected to run his loan company, E.J. Ridings, claimed to have been a top executive at a prestigious investment bank. In reality, Ridings' highest role on Wall Street was as a registered broker, a position he held for a mere six days.”

No real estate professional is an island. Even the best agents and mortgage folks have relationships in place that are mutually beneficial.

“Observers say another reason the company stumbled is that it expanded too quickly, instead of taking the time to build relationships with real estate brokers and lenders,” said Crains. “You have to walk before you can run,” Melissa Cohn, owner and chief executive of Manhattan Mortgage Co. told them. “You have to do step one before step two, step two before step three–not just come out with a big splashy ad campaign and rise to the top.”