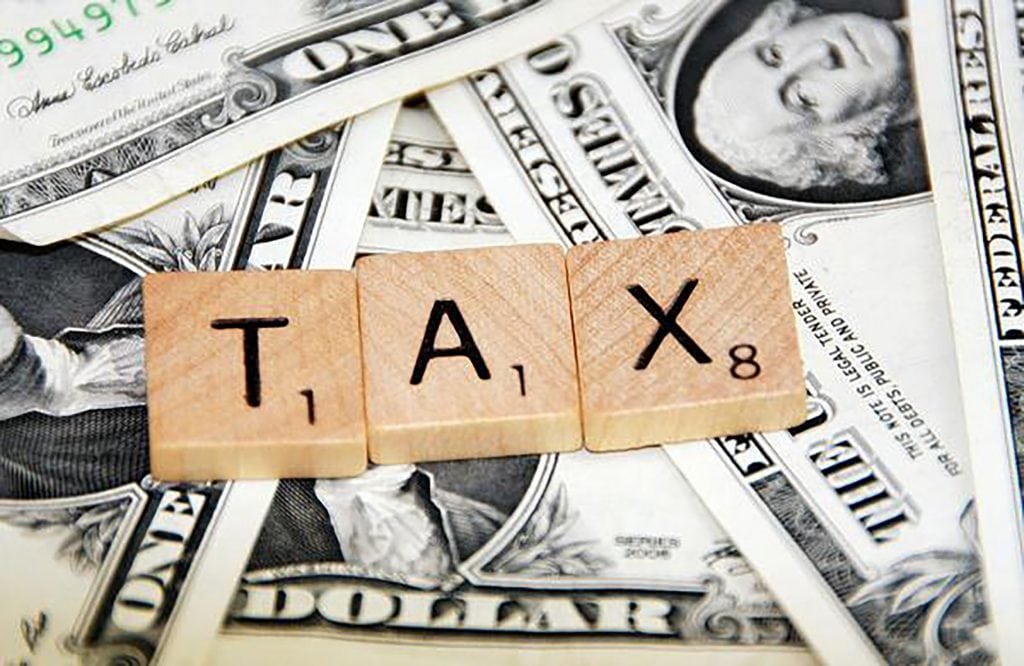 The recent surge in home values could slow thanks to the freshly passed tax overhaul.

Sweeping tax legislation was signed into law by President Trump at the end of 2017, and experts said some of the changes, including a lower threshold on the mortgage interest deduction, a cap on the state and local deduction and a higher standard deduction, could be a drag on home appreciation.

“In a way, the federal government is extracting itself of its encouragement of home ownership,” said Jonathan Miller, president of real estate appraisal firm Miller Samuel.

The hit to home prices will depend on location.

“There are clear winners and losers,” said Adam Kamins, senior economist at Moody's Analytics. “States in the Northeast and along the coasts are hit pretty hard, and states in the South and Mountain West come out ahead.”

Home prices nationwide are expected to be around 4% lower over the next 18 months compared to where they would have been absent any tax changes, according to report from Moody's Analytics.

But that 4% decrease will be unevenly distributed. Homeowners in high-taxed states and expensive housing markets could face the brunt of the impact thanks to the scaled-backed deductions on mortgage interest and property taxes.

For example, home prices in Westchester County, a New York City suburb, and Essex County in New Jersey, could be 11% below where they would have been without the tax legislation, according to Moody's. In Manhattan, New York, and Lake County, Illinois, the difference could be a 10% decline.

Here are a few forces that could drive down home prices:

The new tax law, which is now in effect, lowers the amount of interest on mortgage debt that can be deducted to $750,000 — down from $1 million.
That makes it more costly for buyers of expensive homes to borrow.
Plus, the mortgage interest deduction is less valuable under the new tax code. In order to take the deduction, homeowners must itemize. But because the standard deduction has increased to $24,000 for couples, fewer people are expected to.

The smaller cap means only 14.4% of homes are worth enough to make itemizing advantageous, according to Zillow. Shrinking tax breaks could force sellers to factor that into their asking price.

… and sellers reluctant to sell

The lower cap applies to new mortgages. That means mortgages closed before December 15, 2017 are subject to the old $1 million threshold, which could mean homeowners with mortgages above $750,000 have less incentive to trade up to a bigger home, adding more pressure to the already tight housing supply.

The new tax law also places a $10,000 cap on the amount of state and local property taxes — plus income or sales taxes — filers can deduct.

Real estate agents in high-taxed markets frequently tout the ability to write off property taxes to potential buyers. But that selling point won't be as strong as it used to be. More than four million Americans pay more than $10,000 in property taxes alone, according to ATTOM Data Solutions.

In some counties, more than half of residents pay at least that much. In Westchester County, 73% of homeowners pay above the new cap in property tax, according to ATTOM.

“By setting a $10,00 cap nationwide, you are placing high-cost markets on the same plane as low or middle-cost markets,” said Miller. “Every homeowner has a dollar amount they can afford or want to spend on a purchase. The more these other costs rise, the less room there is for payment of principal and interest.”

3. Home loans could get more expensive

Experts also worry that adding an influx of cash through tax cuts while the economy is at full employment could increase inflation pressure, which may lead the Federal Reserve to increase interest rates, sending mortgage rates higher.

Mortgage rates have been sitting below 4% since mid July, which has helped offset the rise in home prices. But if rates move higher, borrowing becomes more expensive, putting high-cost homes out of reach for many buyers.