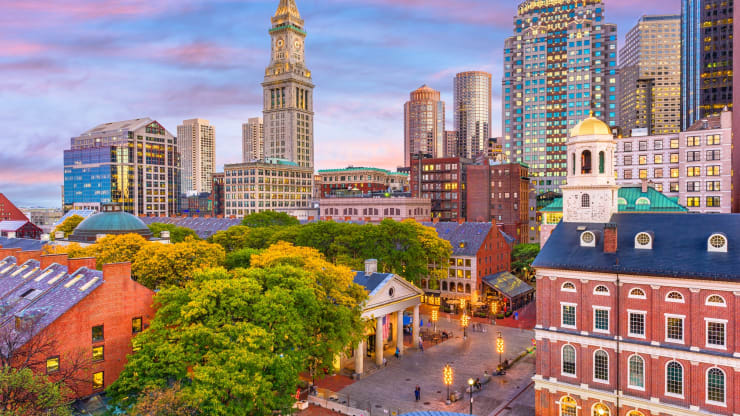 Airbnb is eyeing a major IPO next year, but this year it faces escalating regulation in cities across the country.

The home-sharing company had to comply on Sunday with strict new regulations in Boston that require hosts to register their listings with the city. Boston’s regulations are designed to ban so-called investor units, or properties meant to be residential that are exclusively or primarily used for short-term housing. Such units, lawmakers say, inflate the housing market and drive out long-term residents.

The city’s crackdown on Airbnb listings comes amid a wave of similar laws proposed in cities around the world. Such regulations could put a dent in the business model of one of the last tech darlings of the decade that has yet to go public.

Less than half of listings have applied

The city has received 1,778 applications for registration, and so far approved 737, city officials said. The company had about 4,000 total listings in Boston just over a month ago, according to city officials. An Airbnb spokeswoman said the company removed all listings from the platform on Sunday that did not display a license number from the city of Boston.

City officials said they requested data on Monday from Airbnb on the number of listings removed by the company, but have not yet received the data.

The new rules require that hosts own the properties they rent out, and live in them for at least nine months of the year. They also limit listings to one per host, and require hosts to register their units with the city every year as well as pay an annual licensing fee. Properly licensed listings will display a “policy number” above the cancellation policy section, like this listing in Boston’s Dorchester neighborhood.

The regulations were first passed in July 2018, then became effective in August 2019 after a legal challenge from Airbnb was settled.

“Across the city, rents are growing more and more out of reach,” Boston city councilor Michelle Wu said in an emailed statement. “Through closing the corporate loopholes for de facto hotels in residential neighborhoods while preserving homeowners’ ability to benefit from home-sharing, the regulations are designed to help more Bostonians stay in their homes.”

“As per our legal settlement, we are prepared to work with the City to take the appropriate action against listings that have not provided a license number, so that they are no longer available as short-term rentals,” said an Airbnb spokesperson. “But it is important to note that this is intended to be long-term, collaborative process.”

Boston joins a growing wave of cities imposing new regulations on short-term rentals from Airbnb and other providers. Cities across the world are looking for ways to offset concerns over how these rentals impact long-term residents. With Airbnb expected to go public next year, such regulations could cool investors’ outlook on the company.

A tribunal in Ontario, Canada two weeks ago ruled in favor of Toronto’s short-term housing laws, which require hosts to live in the properties they list on Airbnb. Residents of Jersey City last month voted overwhelmingly to impose greater regulation on the home-sharing app, after the $30 billion company devoted $4.2 million to fighting the regulations. San Francisco lawmakers imposed strict regulations of short-term rentals in 2018 that sliced the number of Airbnb listings in the city in half. Since then, other cities across Europe and the U.S. have followed suit.

Both New Orleans and Portland, Oregon, implemented regulations similar to those of Boston that are set to take effect by Jan. 1.

Airbnb is shaping up to be among the most anticipated public market debuts of 2020. Unlike high-profile debuts this year of money-losing unicorns Uber and Lyft, which have struggled in public markets, Airbnb says it has been EBITDA profitable for the last two years.

However, increasing regulations in cities around the world could put a dent in Airbnb’s operations and diminish investors’ appetite to invest. The company will also have to navigate regulatory scrutiny without its COO Belinda Johnson who announced she will step down in March next year. Airbnb CEO Brian Chesky has credited her with successfully collaborating with regulators.