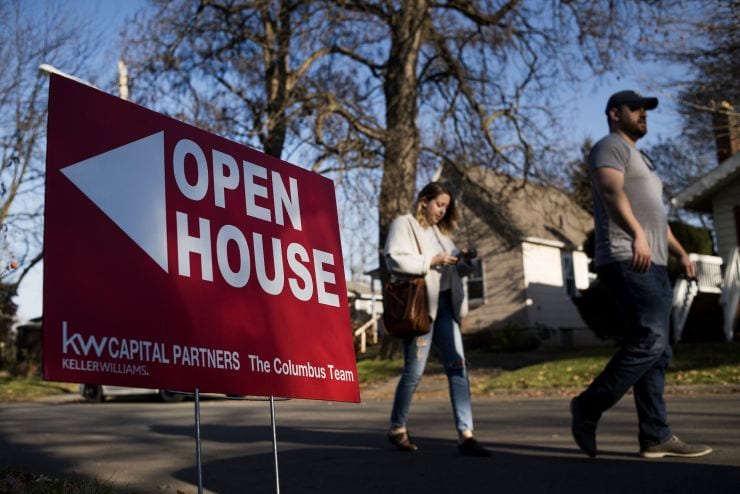 The combination of lower mortgage rates and an unusually slow end to 2018 caused mortgage applications to surge to start this year.

Overall volume jumped 23.5 percent last week from the previous week, according to the Mortgage Bankers Association’s seasonally adjusted index. An adjustment was also made for the New Year’s Day holiday. Volume was still 9 percent lower than a year ago.

A sharp drop in interest rates to the lowest level since April sparked a mini-boom in refinancing. Those applications surged 35 percent week-to-week to their highest level since July. Volume was still lower by nearly 22 percent than a year ago, when the average rate on the 30-year fixed mortgage was 51 basis points lower.

The average contract interest rate for 30-year fixed-rate mortgages with conforming loan balances ($484,350 or less) decreased to 4.74 percent, from 4.84 percent, with points increasing to 0.47 from 0.42 (including the origination fee) for loans with a 20 percent down payment. The rate is 22 basis points lower than four weeks ago.

“Mortgage rates fell across the board last week and applications rebounded sharply, after what was a slower than usual holiday period” said Joel Kan, MBA’s associate vice president of economic and industry forecasting. “This drop in rates spurred a flurry of refinance activity — particularly for borrowers with larger loans — and pushed the average loan size on refinance applications to the highest in the survey (at $339,800).”

Mortgage applications to purchase a home also jumped 17 percent last week but were just 4 percent higher than a year ago. Buyers returning to the market after the holidays may have been inspired by the drop in rates, but stock market volatility and the government shutdown could keep some of those applications from closing.

Just over 10 percent of real estate agents surveyed by the National Association of Realtors said the shutdown was having an impact on their clients. Some reported government employees pulling out of purchase offers and others being denied loans due to loss of income. Some reported nongovernment employees changing their minds on purchases due to overall concern and uncertainty about the economy.

“The housing industry was already facing market challenges before any government closure,” NAR chief economist Lawrence Yun said in a release. “The shutdown has made matters worse. A home purchase is a major expenditure that simultaneously involves a high level of excitement and anxiety, and the current government shutdown adds another layer of unnecessary complication to the home buying process.”

Mortgage rates made a U-turn to start this week, however, now at the highest level since Dec. 31.

“While it’s only 3 days of weakness in the mortgage market, the concern is that it could be part of a much larger market trend,” wrote Matthew Graham, chief operating officer at Mortgage News Daily. “Stock prices and interest rates moved lower together for the better part of 2 months. The risk is that we’re only in the early phase of a bigger correction. While that would be great news for stock market investors, it would be less pleasant for those with a vested interest in lower mortgage rates.”