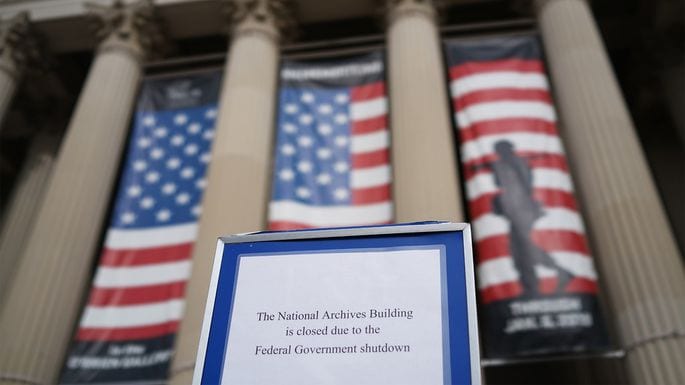 Rates for home loans slid again, even as the ongoing government shutdown poses a fresh threat for a wobbly housing market.

The 30-year fixed-rate mortgage averaged 4.45% in the January 10 week, mortgage liquidity provider Freddie Mac said Thursday. That was down 6 basis points and marked the lowest point for the popular product since April. The 30-year-fixed hasn’t risen in over two months.

Fixed-rate mortgages follow the path of the 10-year U.S. Treasury note. Investors have snatched up government paper as concerns about trade and economic growth have buffeted the stock market.

Even as stocks have caught a bid over the past few days, minutes from the most recent Federal Reserve policy meeting showed officials reconsidering plans to keep moving monetary policy back to normal levels. That would help keep bond yields and mortgage rates lower.

Freddie’s chief economist, Sam Khater, noted in a release out Thursday that mortgage applications jumped more than 20% in the most recent week as rates dipped. (Here’s an earlier MarketWatch analysis of how rates and applications move together.)

But all the demand in the world may not be enough to overcome the housing market’s many headwinds. For years, a supply-demand imbalance has skewed the market and kept prices surging. Now, the government shutdown is starting to bite.

In a survey of real-estate agents conducted last week, the National Association of Realtors found that 75% of respondents had so far experienced no impact to their work. But of the respondents who did report an impact, there were many culprits. One-quarter of those agents found that buyers were backing out of the market “due to general economic uncertainty.” And many agents reported that problems with mortgage application processing were hurting deals.

Of the various Washington entities that back mortgages, the Federal Housing Administration is still open, but working with thinner staff, so some borrowers may experience a delay. The U.S. Department of Agriculture’s loans will not be processed. And some borrowers may have trouble putting together a full application since the Internal Revenue Service has suspended processing all forms, including requests for tax return transcripts, and property lien clarifications.

Previous Post Plunge in rates sparks 23.5% spike in mortgage applications after unusually weak holidays Next Post Cash is king when it comes to home improvements